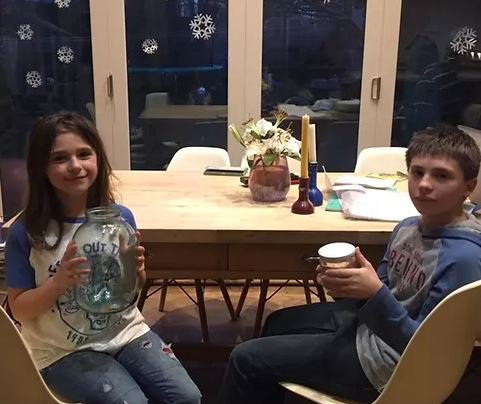 As a family we are not into New Year resolutions (apparently 80% of them fail and we are never that well organised!) and more into trying to introduce behaviours that build habits over time. The important point with behaviour change is to keep things simple and actionable. With that in mind we came up with the golden rules of pocket money to practice with my two kids (Harry, 12 and Nadya, 8).

Action: together with my young stakeholders we constructed a list of simple household tasks. Kids already do tasks (when nagged by me) and get pocket money - but it is linking the two, less the nagging.

Harry will continue doing recycling, offloading the dishwasher and putting his own washing away, while Nadya oversees washing and keeping her room tidy - they also have to be on top of their studies. They will both earn their age in money (research says pocket money should be sufficient to satisfy small age appropriate wants but not excessive). We agreed on 80/20 rule - that roughly as long as it is mostly done and largely without reminding, they qualify. 70/30 will also do.

Action: so we decided to implement a savings challenge I have read about recently. You start with saving a penny per day and then keep adding one more penny each day, exactly for 1 year. On the last day of the challenge you will pay £3.65 into your saving pot and you should end up with £650! Yes, it is that simple.

Action: a good rule would enable my kids to enjoy some of it as a reward for a year of being patient and sticking to it but also consider how to multiply their pennies. We will probably split their pot into 3 parts - 1/3 will be spent as they like (or not if they do not have any big spending ideas), 1/3 will be put somewhere safe - a bank or an ISA and 1/3 of the money will be sent to work. And this is where (with some guidance) they will practise experimenting. We won’t do anything crazy (like bit coins … yes I still think it is crazy) but maybe we could come up with a plan on how to invest taking calculated risks.

Forming habits takes time. So the simple rules we devised will put good financial habits into place for those two for many years to come. Or at least they should.

What is the best age to start volunteering? We say start young!

Babysitting: let us think outside the box

Looking Back at One Year of Our £5 for 45 Programme

How do you nurture financial capability in children and young people?

Debate: Will a lie-in help to improve my teenager's grades?

From tasks to start-ups … how young entrepreneurs really start...

Skills Development 1: What practical steps can I take to improve my chances of securing a place at a medical school